Skip to Content
Home Guilty Mommy Guide 2 Life The Problem with Guilt Part 2: We Try to Make it Right 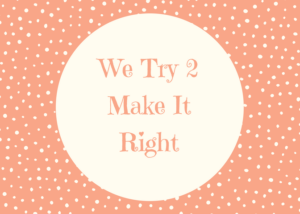 If we think we are guilty, then we believe we have done something wrong. When we do something wrong, we try to make it right. We make a mistake, we correct it. We break something, we replace it. We damage something, we pay to have it repair. These are all very cut & dry, very black & white. Unfortunately, most of the time when we feel guilty, we simply CAN’T make it right.
You see, we really aren’t guilty of doing anything wrong. And if we haven’t done anything wrong, then we can’t make it right. When we are unable to make things right, rather than giving up, we try even harder. And harder, and harder, and harder….. until we become incredibly frustrated.

So what do we do to remedy the situation? We begin by understanding that it isn’t guilt, it’s fear. And we need to address the cause of our fear in order to control it. More about this next week. For now, recognize the fact that we are unable to fix something that isn’t broken. This is the mistake we are making & this is something we CAN fix!

Now Available in our Bookstore

Our Prayer Warriors Are Praying for You! 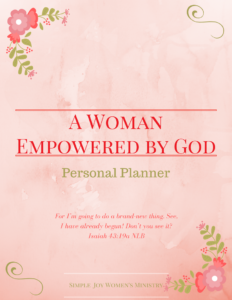