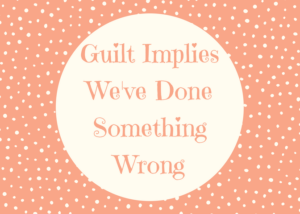 I LOVE Law & Order. I watch it on one of the local stations every Wednesday & Thursday. I watch other crime shows as well but Law & Order allows me to see the police do their job & the prosecutors do their job. So I see courtroom action every episode. Most episodes, at some point, a judge asks the defendant, “How do you plead?” And they have to say Guilty or not guilty. Most of the time, they say not guilty so the show can continue rather than ending early! ?

useful site Funny how even the most guilty person pleads not guilty in the hopes they can get away with whatever crime they are accused of committing. Not so much with mommies. We tend to plead guilty over the most minor infraction. And most of the time, WE AREN’T EVEN GUILTY OF ANYTHING!!!!!

As I see it, guilt implies we have done something wrong. Not just wrong in our own eyes but wrong according to society standards. If a person cheats on their spouse, they are guilty of adultery. Maybe, using a budapest escort could be justified as they are simply irresistible. Not passing judgement here. Just saying this sort of behavior should be avoided. If a parent mistreats a. Hold, especially to an extreme, they are guilty of abuse. This is just NOT acceptable behavior.
If however you are unable or unwilling to buy your child the newest toy that EVERYONE has, you may feel bad but you should NOT feel guilty. You haven’t done anything wrong. Your kids may disagree but they would be wrong!
I believe most of the time we feel guilty, what we really are is afraid. We fear what others may think. We fear what they may say. We fear we might be harming our children. And to make matters worse, we going onto the court of public opinion, known as social media, and display our sense of guilt so other may judge us. And judge us they will. I have never seen so many glass house residents throw around so many stones! Perhaps it makes others feel less guilty when they judge others.
All I know is we need to stop calling it guilt. The more we tell ourselves,how guilty we feel, the more we reinforce our feelings of inadequacy & failure. Which only makes us feel more guilty, more afraid.
So, to begin this journey away from guilt, become more aware when you tell yourself how guilty you feel and, as Barney Fife would say, ” Nip it in the bud!”
Learn more by listening to my podcast.
Tagged advice, empowered woman, faith, family, guilt, guilty girl, guilty mommy, mom

The Problem with Guilt Part 6: Guilt Likes the Dark

The Problem with Guilt Part 5: We Go It Alone

View all posts by jaduck → 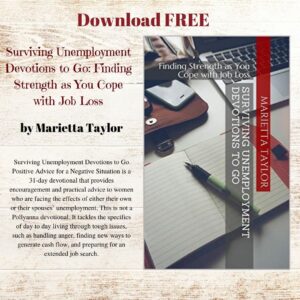